We have returned from the Canadian Society of Vertebrate Palaeontology 2017 conference in Dinosaur Provincial Park, and it was a blast! It was great to catch up with our friends and colleagues, and also great to see all of the ground-breaking research being done by early career paleontologists.

There's a lot happening in the next month for me. Tomorrow I grade for my next level in karate - this will be the first exam I've had since my candidacy! On June 3 I'll be leading the annual birding hike to Bullmoose Marshes, hosted by the Wolverine Nordic and Mountain Society. June 9 - 11 I am involved with hosting the British Columbia Field Ornithologists meeting, and am giving the afternoon keynote presentation...on Cretaceous birding, of course! I am also working with colleagues to finalize plans for a track site visit - stay tuned!

One aspect of my upcoming summer that is not busy is my field work life. With this year's field budget of a whopping $0.00 (don't spend it all in one place!) we do not have any large field excursions scheduled. That doesn't mean that we don't have plans were funding to materialize. Here's a list of the palaeontology projects we could  be working on this summer:

1. We still have at least four years of work to do on the Six Peaks Dinosaur Track Site near Hudson's Hope, British Columbia. Here's a video showcasing the site,

2. A hadrosaur bonebed (duck-billed dinosaurs), the first dinosaur bonebed for British Columbia. This site was featured in "Dino Hunt Canada," with an airlift of the articulated skeleton of one of the hadrosaurs. We've done as much digging as we can by hand. Watch the video!

3. Uncovering more of the world's first tyrannosaur trackways (described in our paper in PLoS One,) mentioned in this post on field work fails, and in this post on injuries in theropod tracks, and

4. A potential new dinosaur excavation site that needs several test pits dug to determine the extent of the bone-bearing section.

What this summer does is give me an opportunity to spend more time at my neoichnology (modern track) sites. My first step was to see what shorebirds have arrived in the area, so I went out yesterday to spot check my usual sites.

My first trip was to Bullmoose Marshes, about 30 km away from the Research Centre. This site is in important stop-over and summer breeding ground for a fantastic variety of birds. It was a gorgeous day to be outside.
While I did hear and see a great variety of birds, including two Trumpeter Swans, I only saw one shorebird: a Solitary Sandpiper.


Of course, visiting sites always provides reminders of Why We Can't Have Nice Things. These boardwalks were put in by volunteers who had to raise funds for the materials. But I guess that all pales in comparison to twue wuv. 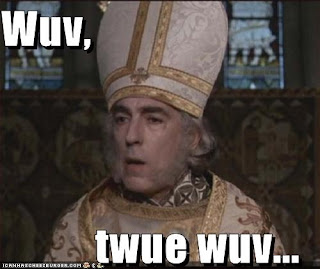 The water levels are very high at the marshes right now, so there was no exposed ground to check for shorebird footprints. In addition to the Solitary Sandpiper, Spotted Sandpiper and Greater Yellowlegs also frequent this marsh, but perhaps they have not yet set up their breeding territories.

My next stop was to the local dump. I often find myself going to to the dump for bird-related activities. The sewage treatment ponds are full of breeding Canada Goose, and several species of ducks and swallows can also be found. I discovered in 2016, while I was dropping off my recycling, that Killdeer also frequent one of the cleared off, rocky areas.

The dump did not disappoint! Here's a trackway of a Killdeer!

This made me a very happy ichnologist! These tracks were made that morning. If they were any more fresh, the Killdeer would still be standing in them. 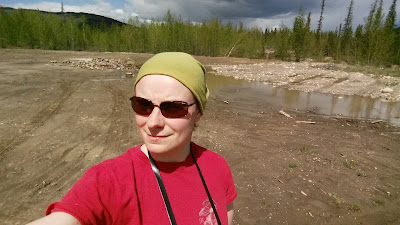 I also saw some tracks that were made a day to a few days before, meaning that the Killdeer were not just making a one-time stop at the site. I'm hoping this means that they are getting ready to establish their breeding territory, and that I haven't missed all of the fun of them doing their nest scrape displays!

Over the next few days I'll be paying this site early morning visits to see how active these Killdeer are, and where they feel is a good spot to build a nest.

Stay tuned!
Posted by Lisa Buckley at 11:32 AM No comments: