Story-telling in Science Doesn't Mean You Make *#%& Up.

I've also been - rather unsuccessfully, I might add - trying to influence science communication. I was asked to review the text of a tourism information sign. The purpose of the sign was to "engage visitors and get them excited to see the dinosaur track attraction." Now, I've reviewed such signs before - mostly for our local hiking group - and they have been both interesting and factually correct. I was expecting such quality when I opened the document (done by an organization not associated with the hiking group.)

Friends, I had to check my calendar to make sure that I was not in some April Fools' Day prank.
It. Was. Bad. I won't go into all of the details of how bad it was, but here are two examples.

First, it was painfully evident that the author did not actually look into any of the public work that had been done previously on the site in question, as the dinosaurs were misidentified. We're not talking a lower specialist "Oh you're just being picky type of identification." We're talking "saying ankylosaur tracks are duck-billed dinosaur tracks" type of boo-boo. It would be akin to me saying that a cat was a bear.

Now, this site has both theropod tracks (our carnivorous dinosaurs) and ankylosaur tracks (herbivorous armored dinosaurs) preserved on the same surface. One of the first questions people tend to ask is "Were the theropods hunting the ankylosaurs?" The answer is likely not. A dinosaur track surface is like a farmer's field in the winter. You'll see all sorts of tracks: deer, coyote, dog, cat, person, snowmobile, etc., all made at different times. The surface collects these tracks over time like a doodle scratch pad next to the phone. Just because you see snowmobile tracks in the same field as a dog trackway does not mean that they were made at the same time, or that snowmobiles are viciously hunting dogs and people.

That did not stop Skippy (I needed a name for the author, since I have no idea who it is) from pulling the sadly predictable of "the vicious theropods stalking the ankylosaurs."

Getting the visitor interested: 1/10. Who hasn't heard that tired old chestnut trotted out for EVERY site with a theropod involved without any way to back it up? Snooze-ville.
Accuracy: 0/10. With no evidence to support a hunting scenario, they would be essentially lying to the visitors.

I've read and written A LOT of public education materials. I give A LOT of public talks on fossil tracks. I tweet voraciously.  Do you know what I've found out during all of this time?

1. People are interested in the facts! We have not found it that difficult to tell people accurate information about our track sites and our research and to get them excited about it. Heck, that's where most of our research funding comes from: getting non-specialists excited about the projects. We're good at this. There are lots of different groups and media outlets that do ask us to fact check, because they know we aren't going to BS them with fanciful nonsense.

2. People don't like to be patronized to. Infantilizing information, or the infamous "dumbing down," is basically telling people that they are not bright enough to appreciate the facts. Most people really do want facts when they are visiting a science place or going to a science talk - heck, that's why they are there! - and it is a direct insult to the audience if you assume that they are not going to get it unless you add nonsense. Every time we give a talk, we have an audience that is excited about hearing the newest information. They're in the know, and they end up wanting to know more.

My comments on the document were longer than the document itself. The response: "This is a method of storytelling to get people engaged." 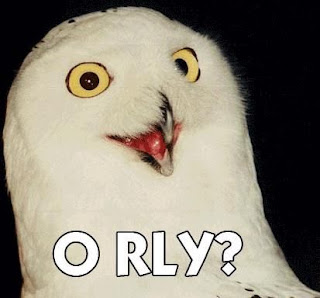 According to Skippy, making stuff up about a science site is A-OK as long as people get interested. So Skippy, what happens when the visitors do get interested, and do their own investigations, and find out you fed them the science communication version of used tissues? Is this still engaging storytelling? 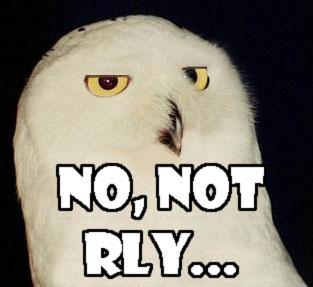 In my frustration, I took to Twitter. Here is what I posted:

Public Science Writing Service Announcement: "Storytelling" does not mean you make s**t up. It still has to be factual.
— Lisa Buckley (@Lisavipes) February 27, 2017

That post struck a chord with people: I've never had a viral tweet, but a lot of people agreed with this approach. To me it's a sign that people are getting a bit tired of the same old insulting scicomm that marketing types and large-platform media are offering.

I cannot blame them. When a TV program, documentary, billboard, tourism brochure, marketing strategy, etc., presents a cheap and lazy science story to engage their target audience, they are not doing it from a place of respect. They are demonstrating that they do not respect either the science or their audience.

I am angry and frustrated at this lazy, disrespectful approach to science-related engagement. Anyone feeding you a sensationalized story "because it's engaging" is essentially lying to you. They don't want you to know that they think you are too thick to appreciate the facts. People should be insulted when they are presented with sloppy advertising, cringe-worthy network programming, and Barney-fied displays. You're being insulted right to your face, except the people doing the insulting get to hide behind their networks and billboards. For every "Hunting Bigfoot" show and use of Jurassic Park imagery to push dinosaurs, you are being told your interest is worth the minimal effort. They are using their large platforms to decide FOR YOU what you have the smarts to understand. If someone wearing a Big Network badge walked up to you and said "You are too dense to understand the real information," would you accept that? I hope not, and I hope you don't accept it when it's presented to you in the form of a sign, TV show, or tourism campaign.

The people who push these insulting narratives don't actually believe - or want to take the time to find out - that the facts do make a story interesting! People visit historical sites, read non-fiction biographies, and watch documentaries: they want to know what happened. People also want to know how and why we know it happened. This is no different when applied to promoting dinosaur sites and museums. We don't have to "trick" people into being excited about science, and we shouldn't ever be approaching this from a "tricking" or "sneaking in the science" perspective. Again, that doesn't come from a position of respect.

I'm in the process of collecting #SadSciPromo examples: the signs, promotions, and shows that are supposedly science-based but make you do the eternal head desk. 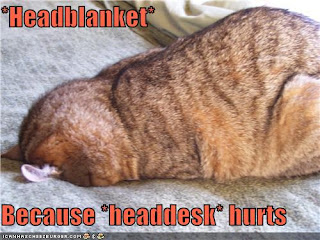 Do you have any examples of #SadSciPromo that you have encountered? Please let me know. The more of these that I collect - and the more people who indicate that they are fed up with this type of insulting media - the more background information I'll have to demonstrate when needed that we need to respect our audiences more than those who call marine reptiles dinosaurs, or those who think fake documentaries on mermaids are good for public science literacy. We all deserve much, much better, and should demand it.

Until next time,
Strange Woman.
Posted by Lisa Buckley at 11:54 AM 1 comment: