The snow is gone, the solar radiation has increased to levels high enough to turn me into a human lobster, and, best of all, the shorebirds are returning to northeastern British Columbia! The return of the shorebirds heralds the beginning of my summer neoichnology field work.

Neoichnology is the study of tracks made by extant animals. One of my research activities involves building a representative collection of shorebird (and other bird) tracks from the region. This year I am able to get an early start (for this region) on collecting data. Yesterday I made my first research foray of the year (as opposed to surveys for the return of shorebirds) into Bullmoose Marshes (thanks to the Wolverine Nordic and Mountain Society) to test a prototype of a Super Secret Awesome Track-Collecting Device.

In the spring and early summer, when the water levels are still high in the marsh, the shorebirds go about their usual business of foraging and displaying along the submerged shorelines, except that their usual activities tend to not leave tracks. They also enjoy perching on partially submerged logs - again, not a substrate on which tracks usually impress.

The shorebirds that have first returned to the marshes this year are the Solitary Sandpipers.
As you can see, they are quite content to hang out on logs, and there is very little shore exposed for these shorebirds to live up to their name. Rather than waiting for the water levels to decrease, I decided to try to bring the shore to the birds. Here is my step-by-step construction of my prototype for a Floating Ichnology Stage.

Step 1 - Gather your equipment:
- One piece of 5cm thick, high density polystyrene foam
- One stick
- A sharp knife
- Nylon rope, at least several meters long (depends on how much free water is available at the study area)
- A five gallon bucket
- A shovel
- At least one field assistant to take photos of their boss flolloping around in the mud (I brought both our field assistant and our summer education coordinator for an afternoon of birding)

We hiked all of the material out to the first viewing platform at the Marshes at the end of the Sora Trail. The next photos are a combination of constructing the two stages.

Step 2 - Attach the mooring rope to the foam stage. Obviously I will want to be able to pull in the stage after (if) I see shorebirds walk on its surface. I cut a hole completely through the foam. I tied one end of the mooring rope on the stick mid-length. (Make sure to clean up all the foam bits, or pre-cut in the lab.) 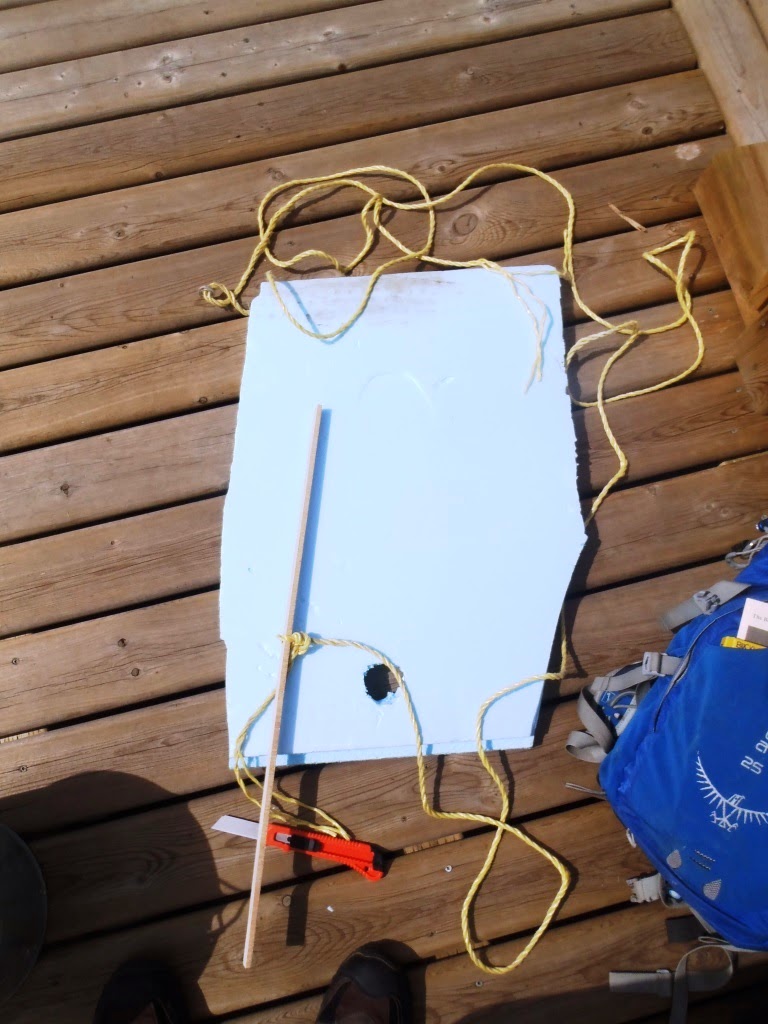 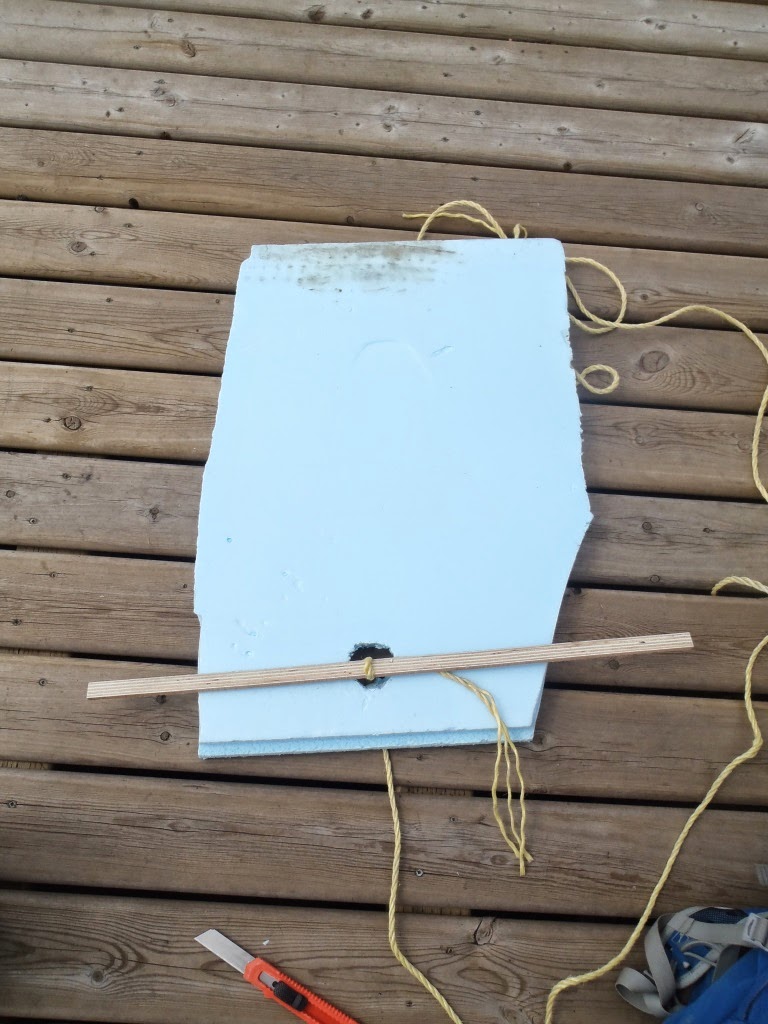 Step 4 - Attach the free end of the mooring rope to a secure anchor point. At the Sora Trail site I attached the rope to a secure clump of willows, while at the Bittern Trail site I anchored the stage to one of the support posts of the dock.
Step 5 - Mud the stage. I always use mud, sand, or silt that is local to the test area. One, I don't want to introduce foreign material to the area that I can't completely remove, and two, I don't want the sandpipers to think the surface is "strange."
Step 6 - Undeway!
I double-checked that the mooring rope was firmly attached to the dock, and then sent the stage out for its maiden voyage into the marsh.
Even if the strong winds that day blow the stages over to the shore, they will still provide a bare, soft substrate on which shorebirds can display and forage.

On the way to check the first stage we set afloat for feathered visitors, we found a small exposure of marsh mud. Solitary Sandpiper tracks were preserved! (Note: Solitary Sandpipers are the first shorebirds to return to the marshes this year, and so far there have been no sightings of the Greater or Lesser Yellowlegs, Spotted Sandpiper, or the dowitchers.)
One way to collect data on shorebird prints is to make a phyical replica using fiberglass-reinforced plaster. I'm working on a step-by-step post that anyone can use to collect their own samples. A new addition to my data collection process is photogrammetry: I take several overlapping photos of the original specimen (prior to replicating) that can be used to reconstruct a 3-D digital model that only takes up hard drive space.
The plaster casts were successfully removed (as well as any spare plaster bits) and are now drying in the lab. Once the plaster is fully cured I will remove the extraneous mud from the surface and reveal the prints!

Tomorrow I'll revisit the stages and check them for prints. Hopefully I'll be able to report that the stages were attractive to the birds and well-used!

UPDATE 21-05-2014: Success! The floating stage at the end of the Sora Trail was not only used by at least one Solitary Sandpiper, but it was foraged on! The prints were very shallow, so I opted to take a series of 189 photogrammetry images (which I will begin processing tonight) instead of the replicating the entire surface in plaster.  Stay tuned!